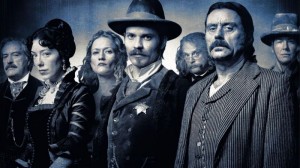 Well, so is Garret Dillahunt who played the role of Francis Wolcott in the series. He feels that if you can resurrect ENTOURAGE for the big screen David Milch’s take on the Wild West can do it as well. He tweeted the following: 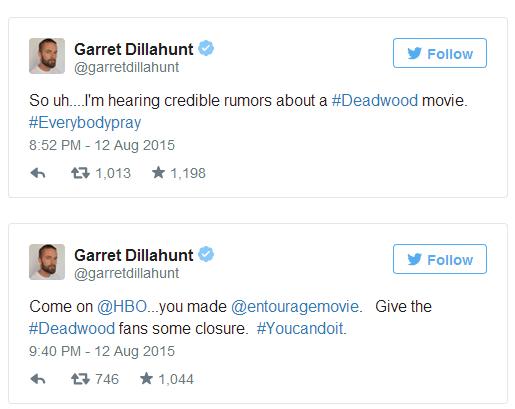 We know, just because he wishes it so doesn’t make it any closer to happening. However, HBO issued a statement regarding – 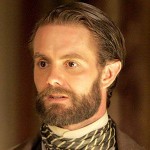 “In reference to Garret Dillahunt’s tweet regarding the rumored Deadwood movie, there have only been very preliminary conversations.”

We know, just because some small talk happened in the corporate halls doesn’t make it any closer to happening. But consider the following.  David Milch, who created, produced and wrote a majority of DEADWOOD, only had one movie after his HBO series LUCK ran out of luck. So, he needs another project, right? Plus, Timothy Olyphant, who played Sheriff Seth Bullock has just wrapped up JUSTIFIED on FX, so he is available. Also, Ian McShane, who played Al Swearengen, is back at HBO with GAME OF THRONES Season Six.

We know, guessing participants potential availability doesn’t make it any closer to happening but, there were some unresolved threads to the plot that we’d loved answered. The show ended after a short three seasons from 2004 – 2006 for a total of thirty-six episodes. The demise of the show occurred when HBO didn’t honor new contracts for the existing cast for a Season Four. When creator Milch baled at doing a small 6-episode conclusion that is when talks of a TV movie or two surfaced. They, of course, never came to fruition.

From time to time since then, a few cast members always mentioned a revival of the show in any format as a dead issue, but now there seems to be a small rumbling of hope. We’ll take any glimmer of hope. Are you interested in seeing the denizens of The Gem and Bella Union saloons/brothels? Are you hankering to see colorful and salty characters like Dan Dority, Charlie Utter, Sol Star and Calamity Jane on the big screen? HBOWatch would love Deadwood, South Dakota to come back to life but we know all this wishing doesn’t make it any closer to happening. We won’t gamble all out chips away on it, but it would be a hoot.  So let’s raise a glass to DEADWOOD! 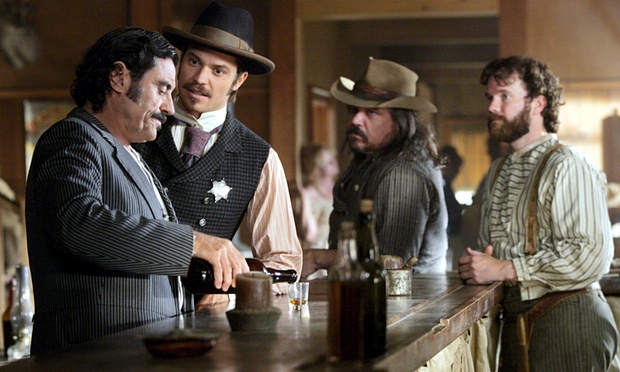