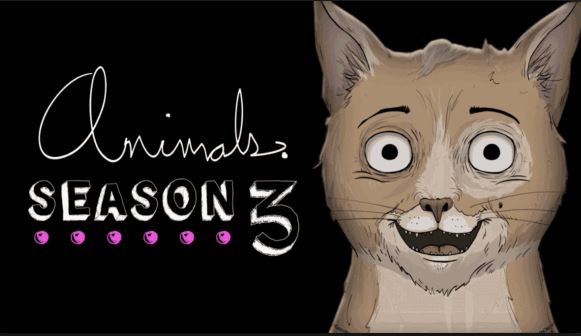 Before we set any viewer’s up for the third season here is a quick look back at Season Two. (You can find a recap of Season One here). The overall theme of Season Two is a deadly virus attacking the human population and just how all the other animals have been dealing with it. 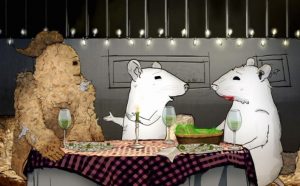 —Episode 11: Rats – After being abducted as lab rats for Pesci Co., Phil Jr. and Mike begin to lose their grip on reality as they enter a love triangle with an imaginary friend. Meanwhile, two fleas ponder life while stuck on a monkey’s back; an alga questions its existence. Emilia Clarke is the rat’s friend, but she is not what you think.

–Episode 12: Pigeons – As a virus sweeps New York, pigeon Mike’s son Jacob expresses jealousy over his angelic little brother before it turns into guilt when his negligence got his brother killed. The resulting guilt trip, spurred further by his parents’ grief, sends Jacob on a wacky spirit quest that teaches him about courage and responsibility; two foxes rap about their tough life on the city streets.

–Episode 13: Roaches –  When an exterminator puts a roach town in crisis, the survivors band together to travel to the world outside of their wall and guarantee the survival of their species; a group of seagulls, stuck together by a piece of litter, struggle to live their lives as one.

–Episode 14:  Squirrels – With New York City quarantined and in disarray, squirrels Mike and Phil prepare for their mother’s remarriage. As Mike tries to impress a female guest, Phil plots to stop the wedding, squaring off with his soon-to-be little step-brother, the attention-hog Mason. 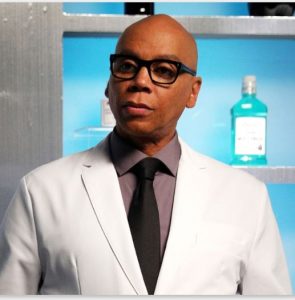 –Episode 15: Humans –These are not animated people but live-action characters played by the likes of RuPaul Charles. Inside the headquarters of evil conglomerate Pesci Co., the unscrupulous Dr. Labcoat prepares for the roll out of the ‘Green Pill,’ a mysterious cure for the virus plaguing New York City which would turn those who ingest them into his slaves.

–Episode 16: Rats – Rat teens Mike and Phil Jr. plot to exploit a human baby for profit, but things take a dark turn as the stakes increase; two bees fight over the love of a tulip.

–Episode 17: Cats Part I – As rival alley-cat crews face off for control of the streets of Little Italy, a young feline rises to the top of the pack; three owls gather for Christmas celebrations. 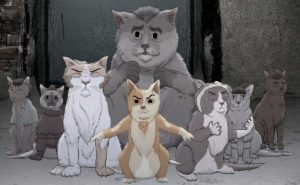 –Episode 19: Worms, Birds, Possums – Two ends of a worm search for love and independence; a pair of newly-hatched bluebirds fight for survival; an opossum father and son butt heads over the reality of being predators.

–Episode 20: Dogs – An old dog (Whoopie Goldberg) reflects on her life and doles out sage advice as her owner, the news reporter, has a final confrontation with Dr. Labcoat after he barricaded himself in Pesci Co. Meanwhile, Mike and Phil Jr. appear to be going their separate ways as their high school graduation. The season ends with Dr. Labcoat wiping out the entire human populace of New York with the animals taking charge.

And that leads us to Season Three. For its wide-ranging third season, the genre-bending show visits a humanless, post-apocalyptic Big Apple, blending live-action and animated segments along with the show’s usual eclectic casting. It is a wholly unique season of television that has never been done before.

Among the critical raves for the show, Vulture called it “one of the funniest, most idiosyncratic shows on television,” noting that the series “always fills a viewer with glee,” while Decider described ANIMALS. as an “offbeat hidden gem” and “bitingly funny.”.