Straight from an official Press Release comes the news that one of the shows you aren’t watching but should be is returning for a third season in 2018.

LOS ANGELES, May 19, 2017 – HBO has renewed ANIMALS. for a third season, it was announced today by Amy Gravitt, executive vice president, HBO P 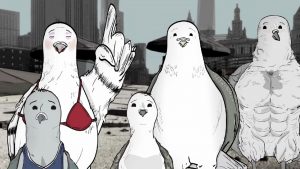 ANIMALS. focuses on the downtrodden creatures native to Earth’s least-habitable environment: New York City. Whether it’s lovelorn rats, gender-questioning pigeons or aging bedbugs in the midst of a midlife crisis, the awkward small talk, moral ambiguity and existential woes of non-human urbanites prove startlingly similar to our own. Matarese and Luciano executive produce, write and direct all the episodes, and voice many of the characters on the show. 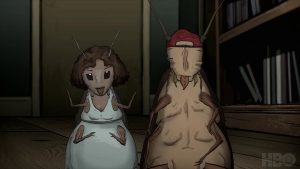 Among the recent critical raves for the show, Vulture called it “one of the funniest, most idiosyncratic shows on television,” noting that the series “always fills a viewer with glee,” while Decider described ANIMALS. as an “offbeat hidden gem” and “bitingly funny.” 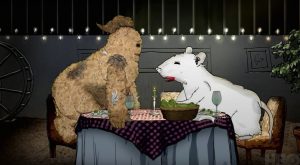 The animation for ANIMALS. was created with Dan Harmon’s Starburns Industries, the studio known for the TV series “Rick & Morty” and the feature film “Anomalisa.”