As we inch closer to the final episode of the reboot of this iconic series, it’s easy to celebrate how exciting and rich this season has been. And this week’s episode continued the momentum. 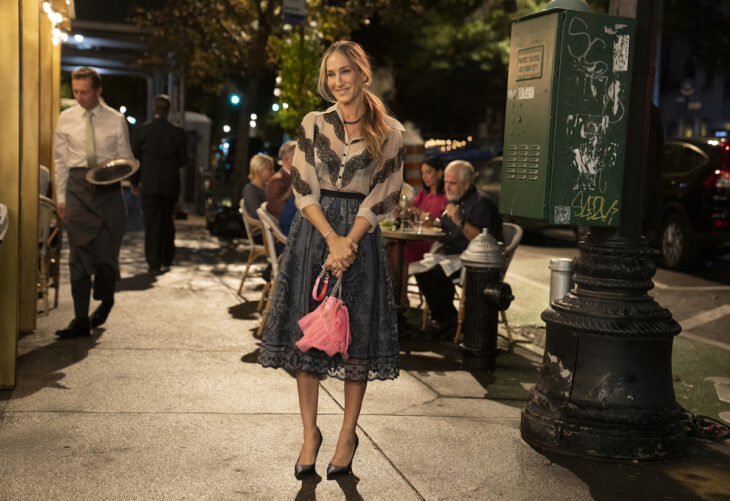 For Carrie, it’s about making the hard decision: to take the ring off or not? And that outward symbol means even more when your partner is widowed, and Carrie is not exempt from this rule. While she works through her feelings, she decides to cancel the date with her teacher boo. No drinks, just hard feelings and conversations. Two things were very clear as they spoke -people in NYC still take yellow cabs and Carrie will opt to have those difficult conversations in person in lieu of a text. Which, these moments (even her use of a Blackberry), allow us to remember that these are our favorite women, navigating a newer world, with some of their traditional ideals in tune. Carrie eventually comes to terms with her feelings, opening a text with the teacher, leading us to believe, maybe, just maybe, she’s going to give dating a try.

Charlotte is in super-mom duty per usual. This week: menopause and tampons. She and Lilly are on a journey of 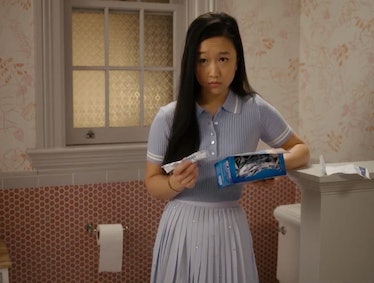 growing up. For Lilly, it’s time to move to a tampon (pool parties in the Hamptons are on the line, after all) and for Charlotte, it’s about embracing life after no more menstruation. It’s always fun to watch Charlotte and all her spunk navigate these areas. She’s always all in, which, for her children can be exhausting, but as a viewer, is fun and well, the Charlotte we’ve come to know and love. Lilly drives Charlotte so crazy that she brings on her period in the most inopportune time. Talk about irony!

And rounding out the bunch, we have Miranda and all of her feelings. She’s happy, it seems. She is settled in her decision to leave Steve. But, her biggest struggle is the normalness of dating. The rigid confines are just that, restricting, and that’s the biggest challenge for Che to deal with. And I’ll say this, I’m happy for Miranda. In the diner scene, two fans come up to Che, recalling her multiple encounters with strangers and instead of making it a thing, Miranda was cool under pressure. Despite identifying as Che’s girlfriend, it’s clear that both of them like each other enough to work through some of these kinks… I think. After Miranda pops up on them, Che tries to level with her. It’s cute, awkward, and necessary, especially if you’re interested in moving away from those traditional ideals, but we’re left on a cliffhanger. Miranda, finally okay absorbing the space in between, receives a call and a voicemail from Che. I can’t help but think, the end is near.

Here’s the trailer for the season finale :).