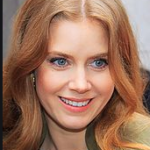 Now wouldn’t it be great if Amy Adams and Laura Dern ended up on screen together for HBO? Yes, it would but that is not what is happening here, unfortunately. The two are teaming up to be producers however of a piece coming down the way entitled THE MOST FUN WE EVER HAD. Below are the details of the project. 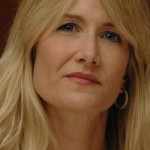 LITTLE LIES) and Jayme Lemons’ Jaywalker Pictures will collaborate on bringing to HBO Claire Lombardo’s New York Times bestselling novel. The source material is a multi-generational saga spanning half a century and follows four sisters. Each of them is struggling to exist in the shadow of their parents’ idyllic marriage, whose lives are complicated by the unexpected return of the son one of them given up for adoption fifteen years earlier. Amazon offers this blurb describing the four sisters a bit – 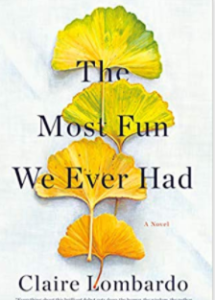 When Marilyn Connolly and David Sorenson fall in love in the 1970s, they are blithely ignorant of all that’s to come. By 2016, their four radically different daughters are each in a state of unrest: Wendy, widowed young, soothes herself with booze and younger men; Violet, a litigator-turned-stay-at-home-mom, battles anxiety and self-doubt when the darkest part of her past resurfaces; Liza, a neurotic and newly tenured professor, finds herself pregnant with a baby she’s not sure she wants by a man she’s not sure she loves; and Grace, the dawdling youngest daughter, begins living a lie that no one in her family even suspects. Above it all, the daughters share the lingering fear that they will never find a love quite like their parents.

It sounds like something that Adams and/or Dern would appear onscreen in but it remains to be seen on whether one or both of them take on roles or not. Here is another project to keep our eyes on as it develops, but we like the idea of Adams & Dern sticking with HBO. Have you read the novel? Is this a good work for the network? Comment below.