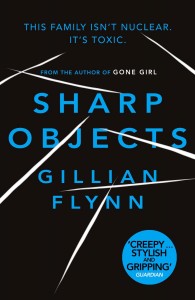 A drama series form the pen of Gillian Flynn (Gone Girl) is now a vehicle for Amy Adams. HBO has locked in an eight-episode season for SHARP OBJECTS to star the DC Universe’s latest Lois Lane. In this story, however, she is far removed from that character. Here, we picked a description from its Amazon page to describe it:

Camille Preaker, once institutionalized for youthful self-mutilation, now works for a third-rung Chicago newspaper. When a young girl is murdered and mutilated and another disappears in Camille’s hometown of Wind Gap, Mo., her editor, eager for a scoop, sends her there for a human-interest story. Though the police, including Richard Willis, a profiler from Kansas City, Mo., say they suspect a transient, Camille thinks the killer is local. Interviewing old acquaintances and newcomers, she relives her disturbed childhood, gradually uncovering family secrets as gruesome as the scars beneath her clothing.

This concept is going straight to series with Marti Noxon (Code Black, Mad Men) as showrunner. She will also write a number of episodes alongside Flynn. Dominating the directing chores is Jean Marc Vallée who will direct all eight installments. Don’t forget he is also directing BIG LITTLE LIES for HBO as well.

We can’t help but notice that HBO is liking the short season run of some series. In the old days a season was like 22 episodes. Now in a full season 10 is good enough but trimmed down to 8 or sometimes 6 is acceptable.Who knows? Maybe the strategy has its merits because some don’t want to invest a lot of time in their TV choices. SHARP OBJECTS might just be enough to tell the story of Camille Preaker.  Are you good with that trend? How about this particular premise or its leading lady? Hopefully, we will have fun playing with SHARP OBJECTS once it arrives. Stay tuned.