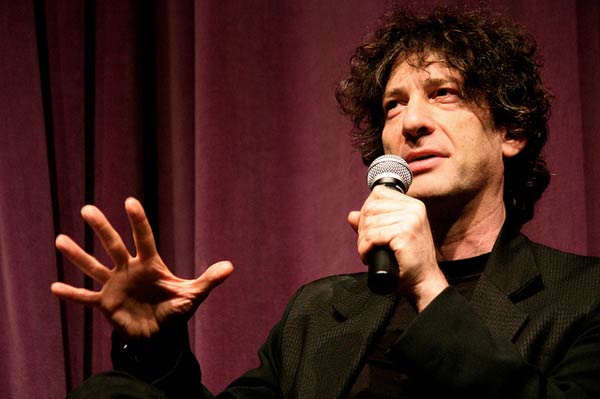 The world of television entertainment development is a fickle mistress. Sometimes word gets out about a series well before it has become official. Today Neil Gaiman, author of the book [amazon_link id=”0062080237″ target=”_blank” container=”” container_class=”” ]American Gods[/amazon_link] tweeted the following in response to a new round of articles detailing American Gods on HBO:

Seeing news stories about AMERICAN GODS being “officially greenlit” at HBO. These are just people talking on the internet & not true at all.

We aren’t too suprised to hear Neil say something like this. He’s probably been put on communication lockdown by the premium cable network. It does make some of the quotes he’s made in the recent past a bit confusing:

“I got the email yesterday saying that the final contractual tos and fros have been sorted out and I should be free within a couple of weeks to start writing.”

So they’re obviously working on the project but there’s just no “official” word or “green light” as it were. We empathize with Neil on having to keep silent on one of his most beloved project’s future.  There have even been reports of SIX SEASONS being confirmed but as we all know, HBO and most networks don’t work like that.. ever.  So Neil is right: Don’t believe everything you read on the internet!

We hope HBO or Neil himself can confirm that the series is officially a-go in the coming months!