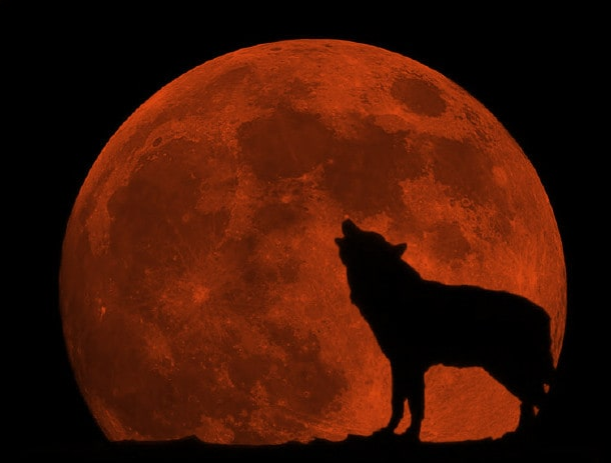 A few months ago, HBO’s biggest hit in history Game of Thrones came to an end and left a huge blank in our lives. Millions of people were obsessing over the show for years, during the short period of weeks it aired each year and during the off-season period too. And now, to put it bluntly, we all have to find something else to do with our lives in our spare time. Luckily for us, HBO announced long ago that they had 5 different prequel series being considered for production, all baring ideas from author George R. R. Martin’s “Song of Ice and Fire”  series and taking place in the mythical land of Westeros. Two of those were already scrapped, the other two are still hanging in the air (as of now), but one of them, currently referred to as Bloodmoon has already entered advanced stages of production and, as of a few weeks ago, just finished filming its pilot. So what do we know about HBO’s extremely mysterious GoT prequel?

Well, let’s start by saying that we don’t know if it will actually be called Bloodmoon. At least not with 100% certainty. While it is definitely the title the production is using, for now, numerous sources claim the title is not yet final and it might just be a temporary working title. The show is created and written by Jane Goldman, known mainly from writing the Kingsman s film franchise, the first Kick-Ass movie and a few other movies such as X-Men: First Class, The Woman in Black and Stardust. Goldman was working closely with George R. R. Martin on the premise and idea behind the show, and when she pitched it to HBO it was the first (and only, for now) among the GoT prequel series they ordered a pilot for consideration.

Firstly, I must address a certain issue that still confuses some people regarding all of the spin-offs. Back when the entire thing was first announced, Martin wrote the following on his blog: 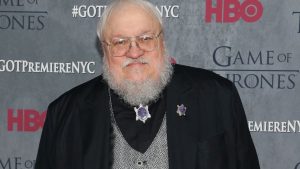 “None of these new shows will be ‘spinning off’ from GOT in the traditional sense. We are not talking Joey or AfterMASH or even Frazier or Lou Grant, where characters from one show continue on to another. So all of you who were hoping for the further adventures of Hot Pie are doomed to disappointment. Every one of the concepts under discussion is a prequel, rather than a sequel. Some may not even be set on Westeros. Rather than ‘spinoff’ or ‘prequel,’ however, I prefer the term ‘successor show.’ That’s what I’ve been calling them“.

So yeah, none of them will have a direct connection to the original series, in the manner that you can suddenly see a character from it popping up in a surprise cameo (a la Better Call Saul). More specifically, Martin confirmed that none of the possible prequel projects would chronicle Robert Baratheon’s rebellion that led to the events depicted in GoT since the subject was pretty much covered already.

On HBO’s initial press release on the topic, they published the following description on the show:

“Taking place thousands of years before the events of Game of Thrones, the series chronicles the world’s descent from the Golden Age of Heroes into it’s darkest hour. And only one thing is for sure: from the horrifying secrets of Westeros’s history to the true origin of the White Walkers, the mysteries of the East, to the Starks of legend… it’s not the story we think we know”. 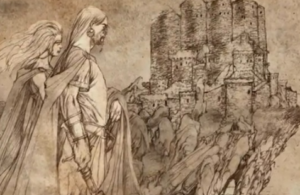 The Age of Heroes is the era in Westerosi history that started with the Children of the Forrest and the First Men signing a pact with the intention of stopping the constant fighting between them. Most of the information about that period comes from myths and legends, and the name “Age of Heroes” comes from the many heroic symbols believed to be living in Westeros in that time- many of them later established the great dynasties and Houses we know from the original series. As for the Long Night, without divulging too much into detail to not spoil anything- it’s the era in which the White Walkers first appeared and fought with both the First Men and the Children of the Forrest. As described in HBO’s press release, it seems they will play a big part in the series, especially since Martin always said the name he prefers for the show is simply The Long Night,  and the show will probably give us some of the backgrounds about the White Walkers and the Night King we wished we would have gotten on Game of Thrones— which raises the question if the lack of in-detail background in the main show was deliberate.

There is a strong misconception among the fan-base, that contradictory to the main series where show-runners David Benioff and Dan Weiss had complete creative control over the story (while following a clear story structure and key events provided for them by Martin), here on Bloodmoon George will be 100% hands-on. This rumor was confirmed false by George himself, staring that his role on the show will be mainly advisory. While tidbits of the legend regarding the “Long Night” appeared in the “Song of Ice and Fire” books – he didn’t have any specific unpublished notes on the topic, except the brief lore that have already appeared. Meaning, that the story depicted in the show and all the specifics will mainly be the works of the writing crew, with George overseeing it all from above, giving ideas, and making sure everything is in line with the canon material. Since we know George is busy writing the sixth installment “The Winds of Winter” it’s yet unknown if he’ll write actual scripts for any of the prequel series himself. According to his words:

“If you look at the published books so far, there’s really very little material about [the Long Night] — a sentence here, a sentence there. Old Nan tells a tale that takes up a paragraph. So Jane had to create the characters, the settings and some of the events, and we had to look at everything that was said and say, ‘O.K., here’s what was said at this point, we need to make it consistent to that.’ We kicked around some ideas and I made some suggestions. But mostly it’s been Jane running with it.” 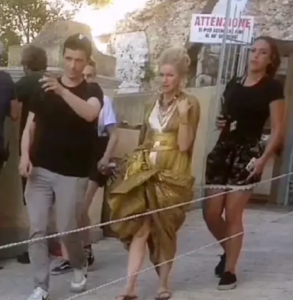 Considering only the pilot was shot (and not yet ordered to series), it’s not surprising that we don’t know much about the crew involved in the projects. We don’t know specifically who will be the writing staff, though we know that there will be one, unlike in GoT where about 4 writers wrote all of the 73 episodes. We don’t know who the directors will be, the visual effects supervisors, etc.. The most burning issue, at least for me, is if the legendary composer Ramin Djawadi will return to compose this prequel series as well. The pilot itself was written by Goldman, and directed by S. J. Clarkson who has experience in various different shows such as HBO’s Succession, Cinemax’s Banshee, Dexter and Orange Is the New Black. The most known actress to join the cast is Naomi Watts (pictured in costume), who recently said in an interview she is incredibly excited to be a part of the GoT family, although she is a little bit terrified at the same time. To be frank it’s kind of understandable considering how condemning some part on the fan-base can be on the internet and social media. The show will also feature Georgie Henley (The Chronicles of Narnia films), Josh Whitehouse (Poldark), Miranda Richardson (Rita Skeeter from the Harry Potter films) and Jamie Campbell Bower (Fantastic Beasts: The Crimes of Grindelwald) among others. The scale of each one’s role is yet unknown, though Martin has confirmed that much like the original series, the show will be much more of an ensemble effort with many different characters with significant roles rather than a show with clear lead characters.

Also as I briefly mentioned before, it’s important to clarify that the fact that HBO already ordered and shot the pilot does not necessarily mean the show itself is green-lit and we shall see it on our screens anytime soon. As a reference, Game of Thrones almost didn’t happen because of how awful the original pilot they shot was. Michael Lombardo, then the head of programming at HBO, put huge trust on the show-runners and had them reshoot most of the pilot and only after that version was ordered to series. The point is, the pilot for Bloodmoon is currently in post-production (visual effects, editing, etc.) and only after the executives at HBO sit, watch and assess it would we know if it makes it to series. I would like to mention though that HBO does not go and approve pilots lightly, so if they already went through all this length with this huge cast to film one, I personally don’t see them giving up on the project easily. Even then, by my estimation, we shouldn’t expect to see the complete season until 2021, at the very earliest.

The last round of details came about a month ago, by Martin himself through “Entertainment Weekly.” “The Starks will definitely be there,” Martin said, which doesn’t come as a surprise for die-hard fans since the Starks were established as direct descendants of the First Men. “Obviously the White Walkers are here — or as they’re called in my books, The Others — and that will be an aspect of it. There are also things like dire wolves and mammoths.” He also described that in the era the show takes place in, Westeros was in a completely different shape than it is on GoT; “We talk about the Seven Kingdoms of Westeros; there were Seven Kingdoms at the time of Aegon’s Conquest,” he said. “But if you go back further then there are nine kingdoms, and 12 kingdoms, and eventually you get back to where there are a hundred kingdoms — petty kingdoms — and that’s the era we’re talking about here”. He also confirmed that the show predates the first appearance of Dragons or the Targaryens, and also the rise of the relatively new House of Lannister: “The Lannisters aren’t there yet, but Castlery Rock is certainly there; it’s like the Rock of Gibraltar. It’s actually occupied by the Casterlys — for whom it’s still named after in the time of Game of Thrones.”

Will Bloodmoon be the next GoT? Possibly. But the better question to ask might be, will we witness another worldwide phenomenon like Game of Thrones again in the coming years? Now that seems unlikely altogether. But with Martin’s creative genius behind the project, no one will be surprised if this project will be the one. As Martin stated in his blog, summing the entire endeavor- “The one goal that everyone involved shares here is to make these new shows just as good as Game of Thrones itself. No easy task, mind you. David Benioff and Dan Weiss are a tough, tough act to follow, as all those Emmys demonstrate.”

Do you hope Bloodmoon is happening at HBO? Let us know your thoughts below.