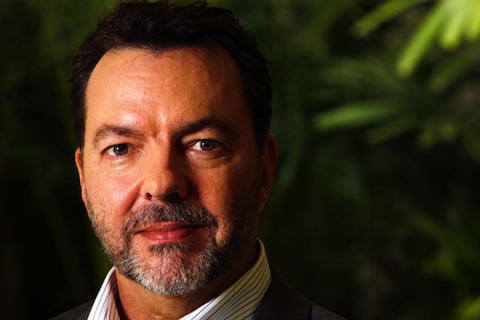 Alan Ball is just one of those go-to guys for HBO. He has already been producer of five seasons of SIX FEET UNDER, six seasons (serving as executive producer on the final  7th season) of TRUE BLOOD and four seasons of BANSHEE on Cinemax. He is also serving as an executive produce on HBO Films: THE IMMORTAL LIFE OF HENRIETTA LACKS and he is now setting up his next foray for HBO.

His latest settles closer to the lives of the Fisher family from SIX FEET UNDER as it is also being labeled a family drama project. It is an untitled work at this time, however some specifics have been established. It takes us into the lives and home of a contemporary multi-racial family. It has been described this way:

[as a family made up of] a philosophy professor, his lawyer wife, their three adopted children from Somalia, Vietnam and Colombia, and their sole biological child. This seemingly perfect, progressive family is in actuality harboring deep rifts. Then, one of the children begins to see things others cannot. Is it mental illness? Or something else? The series is a tragicomic meditation on the complicated forces at work on us all in America today.

It has already been placed on the fast track to a series that could surface in the latter half of 2017. Of course, it will take time to get scripts written and get to casting. You know they got to find the right children for the family unit, right? That all takes time.  It is under Ball’s Name Goes Here Productions. HBOWatch will keep an eye on it and attach a title when one is known and keep you up to date on casting. It is always good to have Alan Ball around and look forward to this work.