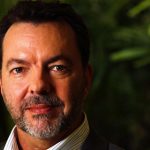 It does not have a title yet, but it is shaping up a bit of a cast list. “It” is the newest series coming from Alan Ball (at right) for HBO. We already know that Ball, behind the favorites SIX FEET UNDER, TRUE BLOOD and Cinemax’s BANSHEE, is creating what is called a ‘tragicomic meditation’ starring Helen Hunt. As a reminder of the project we take you back to our 09.18.16 post which told us the following:

It is about a philosophy professor, his lawyer wife, their three adopted children from Somalia, Vietnam and Colombia, and their sole biological child. This seemingly perfect, progressive family is in actuality harboring deep rifts. Then, one of the children begins to see things others cannot. Is it mental illness? Or something else? The series is a tragicomic meditation on the complicated forces at work on us all in America today. 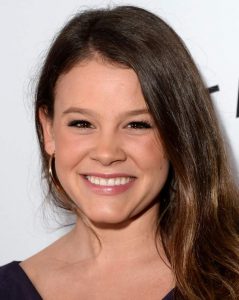 Now he has added to his cast. The four children of Helen Hunt‘s character, lawyer Audrey Black and the husband Greg Bishop (yet to be cast) have been filled. The actors are Sosie Bacon (pictured, the daughter of Kyra Sedgwick & Kevin Bacon), Daniel Zovatto, Raymond Lee and Jerrika Hinton. According to deadline their characters are as follows:

–Bacon plays Kristen, the only biological child of her parents. A junior in high school, she always has felt somehow lesser than her exotic international siblings. She’s determined to find something — anything — to define herself as something other than “just the pasty white chick” of the family.

–Zovatto plays Ramon, who was adopted from an orphanage in Colombia at 18 months and now is in his final year of college, studying video game design. Sensitive and appealing, his life is turned upside down when he begins to have hallucinations that cannot be explained. You may have seen him on Fear The Walking Dead.

–Lee will play Duc, a successful life coach, adopted from Vietnam when he was five. A powerhouse and overachiever, he has ambitions to become a motivational guru on the scale of Tony Robbins. But his ambition masks a painful past that he has never really faced.

–Hinton plays Ashley, the creator and owner of a retail fashion website, wife and mother of a 4-year-old who was born in America to Somalian refugees, adopted when her mother died and her father was deported. Ashley now finds herself feeling part of neither the white nor the black experience, and her perfect life is beginning to fray. Hinton also plays on Grey’s Anatomy.

We suspect that sometime soon the missing key player of the patriarch of this brood will be found and whomever he is will be a perfect match for Helen Hunt. Then all we will need is a title. We will keep you posted.