It seems like every other day we hear about another actor heading to Aaron Sorkin‘s new HBO pilot tentatively titled ‘Newsroom’.  We haven’t seen any screenshots or video from the pilot yet but we do have the names of all of the great actors who will be playing your soon-to-be favorite fictional news-people.  If you haven’t heard yet, Newsroom follows a fictional nightly news broadcast reminiscent of  Keith Olbermann‘s late MSNBC program Countdown.  Jeff Daniels will star as Will McCallister, the news anchor, while Law and Order’s Sam Waterson will play his boss, Charlie Skinner.  Here’s what we know about the cast so far. 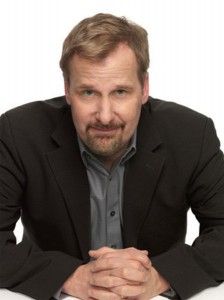 We’ve linked to each of their wikipedia pages and/or the article on their particular character’s casting announcement for a better idea of who these actors are.  There are a few minor characters that we failed to mention and you can view them over at the IMDB page for Newsroom.   Some are more well known than others but the Law and Order vets sure found their way into this new HBO series didn’t they!  Newsroom is tentatively titled and thus doesn’t have anything close to a premiere date as of yet.  We’ll let you know when it’s going to air as soon as we know.  Fans of The West Wing rejoice-  The second coming has arrived and it’s only on HBO.