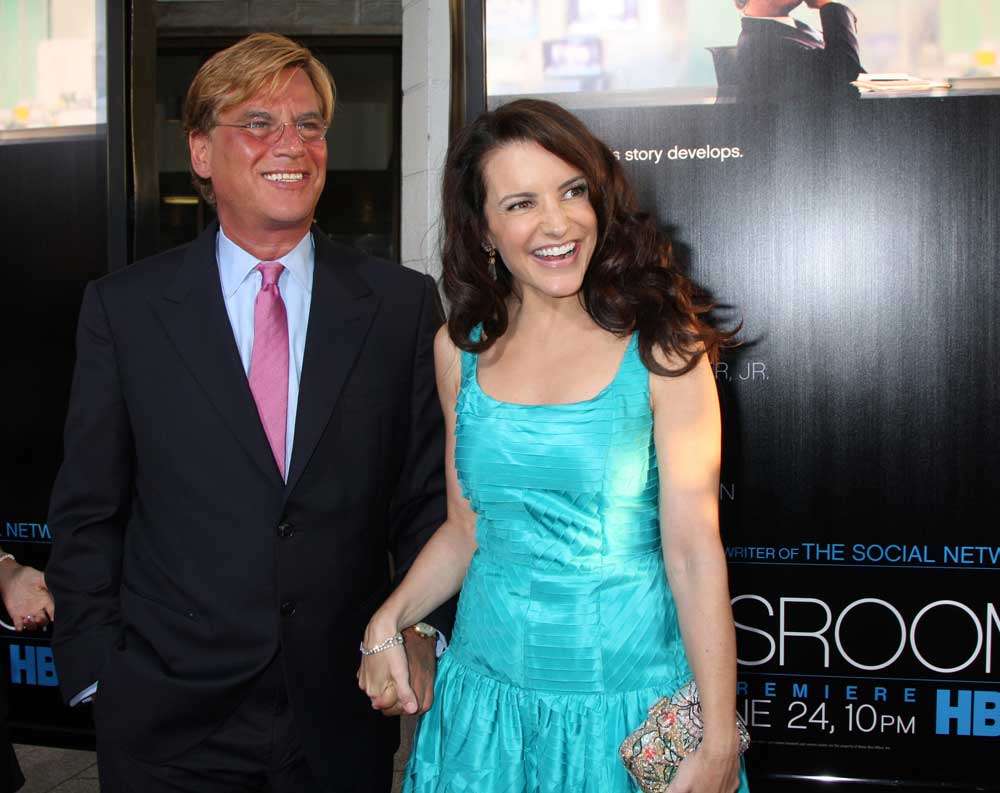 Aaron Sorkin has been making the rounds with the press in promotion of his just premiered new series on HBO: The Newsroom. Writers, directors and actors often deal out high praise for the premium cable network when given the chance.  HBO has always been a place where artists and creators have been allowed to flourish with little concern for the normal constraints of television production such as censorship, craven advertisers or budget constraints.  Aaron Sorkin, a notable wordsmith himself seems to harbor similar sentiments.  In a public interview on HBO’s Connect, Sorkin was asked several questions to which he answered with his unbridled love for HBO:

A. Sorkin: “I love series television and HBO is a fantastic home for writers, actors and directors. They’re in business with the audience and not advertisers so the emphasis is less on how many people are watching than it is on how much the people who ARE watching like what they’re seeing.”

He also went on to compliment HBO their ability to provide a movie-going experience to subscribers in their living rooms answering a fan’s question of “Do you feel you have more freedoms writing for HBO rather than a network series?” like this:

A. Sorkin: “Yes, but the best part isn’t just the creative freedom. One of the challenges with TV is that TV historically had a very passive relationship with it’s audience. People watch TV when they’re flipping through a magazine, watching dinner or talking on the phone. The HBO audience is used to watching a TV show the way they’d watch a movie or a play- from beginning to end. The other difference is that while we want as many people as possible to watch the show, it matters who is watching the show. With HBO, you get end credits and the reason why that’s important is that the last moment of a song, or a book or a play or a movie or an episode of TV is meant to resonate. With a show on one of the broadcast networks you can have one of the last moments and immediately have to smash cut into a commercial, not allowing it to resonate. When you have end titles you have music allowing the audience to breath and really experience the end of a show.” 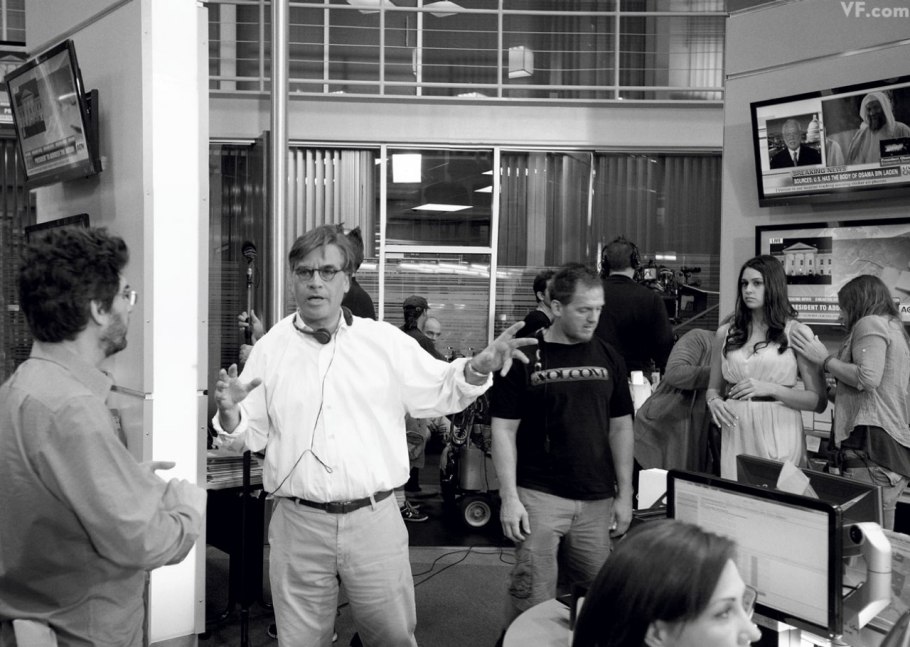 Couldn’t agree more, Aaron!  You, my friend are the ultimate HBO fan–  A new hit series on the network and you’re even dating a former Sex and the City diva, you scoundrel!  All joking aside, we loved the pilot episode of The Newsroom and can’t wait to see where you’re taking these characters.  Check out the rest of the interview if you get the chance and tune in to HBO at 10PM every Sunday (after True Blood, Trubies)  for the foreseeable future.

Oh, and if you still haven’t seen the Newsroom pilot yet HBO was kind enough to make it available to even non-HBO subscribers!  Watch it online here.