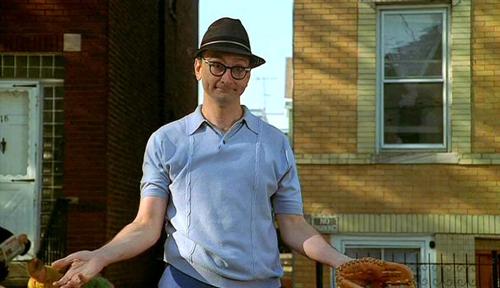 You may be having a sense of deja vu because we’ve reported on similar statements by Sopranos creator David Chase in the past. But the ramifications of a prequel to one of the most successful HBO series’ of all time are too great to ignore.  In a recent interview with the AP Chase said this when asked about another series with the word “Soprano” in the title:

“Even if I did it, it wouldn’t be ‘The Sopranos’ that was on the air — obviously at least one person is gone that we would need,” he says. “There are a couple of eras that would be interesting for me to talk about, about Newark, New Jersey. One would be (the) late ’60s, early ’70s, about all the racial animosity, or the beginning, the really true beginning of the flood of drugs.”

He told another publication in 2012 who the main characters would be:

“It would be with Tony’s father, and Uncle Junior, and Livia–Tony’s mother–long before any of the other characters we know now.”

On a scale from one to bada-bing! how excited are you at the prospect of exploring the gangster-filled world of The Sopranos in the 1960s?  The sad truth is: Game of Thrones will end someday and HBO will need another smash hit to keep it on top as the best television show producer in the game. The Sopranos prequel written by David Chase would no doubt be tempting for all those involved in its possible production.

While you mull that over you should know that The Sopranos, The Complete Series is out on Blu-Ray this week. If you want to hear more from Mr. Chase, as well as the actors and actresses from the series give that a look as the special features are long and of the highest quality.

We’ll bring you any rumblings we get on a possible Sopranos prequel as we feel them so sleep tight.