So, have you caught a glimpse of the 2022 Sizzle Reel (it was included in our latest “What’s On” post or could you stand to take a peek at it again? It is just a peek at the tip of the cinematic iceberg that is the year 2022 at HBO. Big changes are on the horizon yet again, but we are just trying to stay focused on the quality content that keeps us paying again and again. Heck with the dime-a-dozen shows that fill up the rest of the inventory, our focus is on the got-to-see-it high-quality programming that HBO is known for. Such content is in the Sizzle Reel. Take a look –

The piece starts with a quick flurry of faces coming to us in 2022. We get a peek at Daemon Targaryen (Matt Smith), Maeve Millay (Thandiwe Newton), Rue Bennett (Zendaya), Jerry Buss (John C. Reilly), Cassie Bowden (Kaley Cuoco) Deborah Vance (Jean Smart), Peacemaker (John Cena) and, I think, King Viserys Targaryen (Paddy Considine) on the Iron Throne. And if you don’t recognize them then you haven’t been paying attention to the content that will be returning or premiering in this new year! 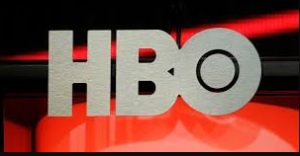 Then we open up to some bigger scenes starting with the grand opulence of THE GILDED AGE, the smile behind WINNING TIME, the mysterious matron of RAISED BY WOLVES and the royalty of HOUSE OF THE DRAGON. That is followed by another round of glimpsed faces with BARRY’s Bill Hader (he is smiling for a change), James McAvoy of HIS DARK MATERIALS (who is not) and more, more, more. There are our first looks at JULIA, PRETTY LITTLE LIARS: ORIGINAL SIN, LOVE & DEATH, OUR FLAG MEANS DEATH, THE TIME TRAVELER’S WIFE, THE WHITE HOUSE PLUMBERS and WE OWN THIS CITY. We even get a moment with SESAME STREET and GREMLINS: SECRETS OF THE MOGWAI.

Movies are not excluded HBO Max has some exclusives ahead. There is FREE GUY, THE LAST DUEL, F9: THE FAST SAGA, HOUSE PARTY, FATHER OF THE BRIDE, KIMI, THE FALLOUT, SCOOB: HOLIDAY HAUNT and MOONSHOT on the horizon.

The majority of these titles thrown at you do not have premiere dates except that they will arrive in 2022. HBO Watch will do its best to keep you informed of when each and every one of the shows & movies seen here debut. For now, scrutinize the Sizzle Reel and let us know below just what you are interested in. We’d love to hear from you.