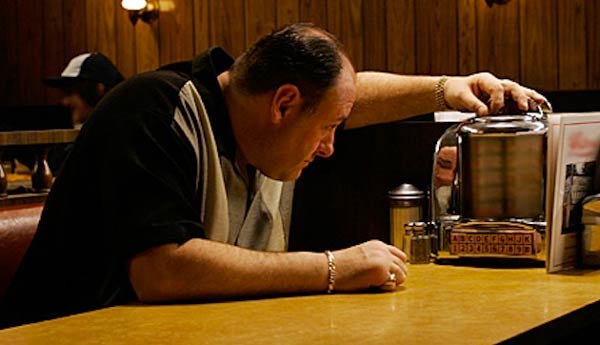 I must admit that I am fixated on THE SOPRANOS yet again. Of course, the reasoning this time around has been because of the death of James Gandolfini on June 18. No solid reason is really needed by anyone to take in David Chase’s six season saga of Tony Soprano and his personal and professional families. It is often high on the list of fans and critics alike and always warrants a look.

I’ll also admit in this piece that I have not been watching a marathon of the entire 86 episodes again but merely a small portion of them. My sole intent is to find episodes that really showcased the abilities of Mr. G. himself. There are many scenes I could have watched; over the past three weeks though I focused on episodes which gave me plenty of good scenes that had Tony with Dr. Melfi, with his family at home and with his cronies out and about their daily business. Here is a quick list of what I watched: 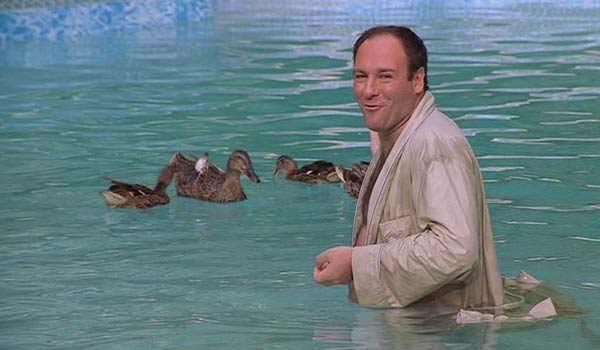 Now I know there were of plenty of episodes missed in between; you can spend time in the comments talking up your own favorites if you wish. These were just the eight I decided to watch again in tribute to James Gandolfini.

All of that however, is not the real purpose of this article as you can tell by its title. Ah, the final episode “Made In America.” It aired on 06.10.2007 and has been shrouded in controversy ever since. Viewers were quite angry about the way the scene and the series ended with that abrupt cut-away. The big question loomed whether Tony S. was whacked in front of his family and died in a serving of onion rings or not. There were indications leaning to either scenario. The mystery man eyeing Tony before he ended the restroom and the Journey tune playing made it look like either scenario could play out. So, what happened? I mulled over that myself at the time. It all resurfaced again during my mini-marathon. I finally have discovered six years later the answer or, at least, my answer.

David Chase actually gave his fans a gift, not only the talent of Mr. G, but also with that final scene. He wasn’t rudely insulting and shafting the audience in the end, as was suggested back in 2007, but leaving the power with the audience to write the ending. We, the aficionados of THE SOPRANOS were given the opportunity to decide the fate of Tony for ourselves. It was a surprise way to go that caught us off guard but we, each in turn, figure it out. I now know for certain my ending.

You might think it lame and not very creative of me to draw this conclusion so many years out but I now, upon the death of Gandolfini, can put it to rest. Now, I always felt that Tony lived past that meal in that diner but I never bothered to work out any details of how he lived the rest of his days. If you view, as I do, that Tony S. was in many ways like James G. than it all makes sense now. Both the actor and the character seemed tough on the outside but had a softer quality within. So it seems logical for me to draw one last parallel between them. Indulge me.

No dangerous incidence occurred at the diner that evening. Meadow rushed in a few minutes late and the family spent some quality time. In fact, the idea came up that the Soprano family needed to get away; they needed a family vacation and it was agreed upon to do so. They thought a trip to Italy would be ideal. Both Tony and Carmela were caught up in some issues they needed to square away before that could happen and Meadow & AJ needed prep time as well. Time slipped away and they ended up not working towards that goal but, finally, a few years later the subject was brought up again and they decided to act upon it immediately. It was during this bonding trip in Italy with the family together eating and laughing that they felt whole and happy and then, after all the years of hard work, stress, and violence Tony Sopranos body just stopped.

Have the followers of HBOWatch given this any thoughts in the past month? The series is certainly readily available in a number of formats. If there is anyone out there who also feels the need to watch it, or I should say re-watch it, as it has surely been seen by anyone who is a fan of HBO and this site, right? You can find it on HBO On Demand and HBOGo plus, it has been airing on HBO Signature. There is also your home collection, whether you got them on VHS or DVD. Also, while I’m at it, I might as well advertize that the  [amazon_link id=”B006CR2OOA” target=”_blank” container=”” container_class=”” ]complete collection [/amazon_link]can also be found on such places as Amazon for purchase. No matter how you enjoy the show you will be able to experience Mr. G. at his finest.

I leave you with this little clipfest courtesy of  Huffington Post.