It has been nearly a decade since HBO launched the record-setting premier of a show that bewildered fans with its creative and elusive story, and dismayed them at its early cancellation. I am, of course, speaking of Carnivàle.

Unfortunately for the fans, and the writers, Carnivàle was never able to maintain its high ratings, and with a $2 million per episode budget, the show was doomed. Despite the show’s numerous awards, including 5 Emmy Awards and 15 nominations over the course of its 2 seasons, Carnivàle simply could not sustain itself in the eyes of the HBO executives.

The show did garner a sizable cult following, and in August of 2006, fans of the show created CarnyCon 2006 Live! Not only did many of the cast and crew of the show attend the event, but the discussion panels where recorded and [amazon_link id=”B009RYXSNQ” target=”_blank” container=”” container_class=”” ]later released on DVD[/amazon_link].

Carnivàle earned its following through stunning visuals, and a musical storytelling method that was both subtle and brilliant. The music of Carnivàle is a show in and unto itself, with character themes based on ethnic instruments, and subtle clues as to character relationships through similarities in musical sounds. 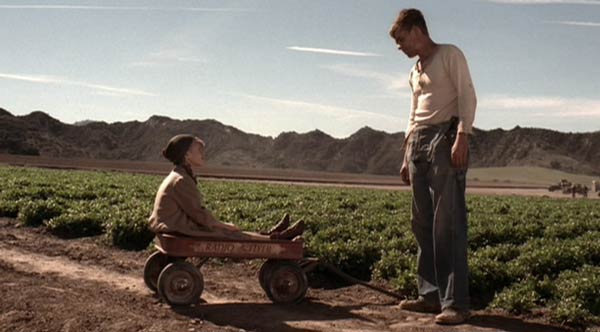 The show portrayed, not only the struggle of characters, but through the use of the Knights Templar, Tarot, nuclear tests, and even genealogical character links and biographies developed before the show even began production, Carnivàle became a study of the mythology of Good-vs-Evil.

Daniel Knauf told critics of the show that Carnivàle was intended to be demanding with a lot of subtext, and admitted that “you may not understand everything that goes on but it does make a certain sense”. Although Knauf refused to reveal the show’s secrets, even after cancellation, he did eventually release a production summary of season 1 to fans who simply “had to know”.

The shows robust mythologies and intricately woven storylines may have confounded many watchers, and the show might have been too grandiose for its time, but I think with a little creative thinking, this series could have a place among HBO’s modern line-up. I think fans of shows like Game of Thrones and Boardwalk Empire would eat up a show dripping with the depth and complexity of Carnivàle. 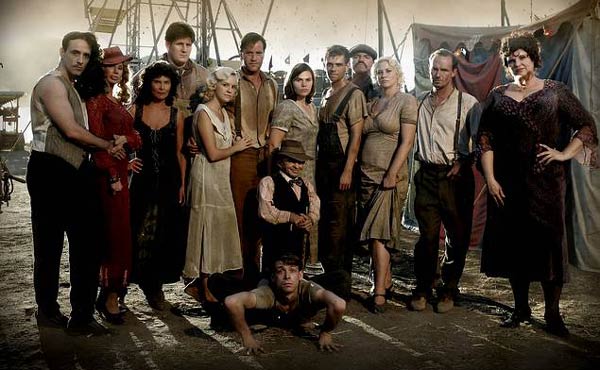 I don’t know…after nearly 10 years since the premier, the show’s magic might have faded. The cast is aging, the writers have moved on, and the fans have found new shows to watch. Even if HBO would want to bring the show back, it’s hard to say what sort of reception it would get.

Personally, I think Carnivàle was a stellar show that pushed the envelope of the audience’s attention span. By providing you with a dark, depressing backdrop and naturally developing character relationships, Carnivàle dared to defy the conventional storytelling models. It was a risk that unfortunately did not pay off for HBO.

In retrospect, the show missed the mark in a few areas, but the visual, musical and creative spectacle of Carnivàle still holds its own against some of HBO’s finest today. One can only speculate on what might have been if the show had been able to run its course. 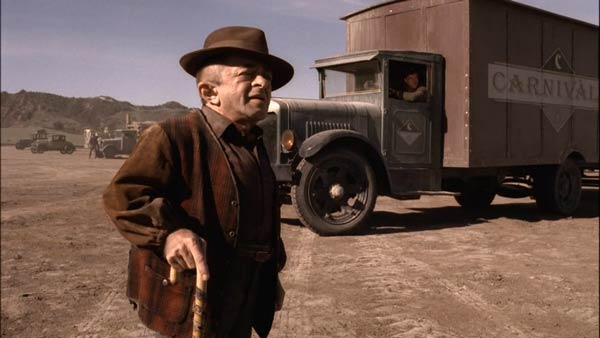 Deadwood, to me, lost its energy in season 3, and Rome had a satisfying conclusion (satisfying enough anyway). Carnivàle ended on a cliffhanger, and unless you went out of your way to research the show online, you might never have learned what the writers had planned for the future of some of the shows central characters.

It’s a shame that we, as fans, never got an opportunity to experience the full depth of this creative and innovative show. Many people, myself included, need more than the paltry scraps of a fascinating story we have been left. Maybe HBO will allow the show to be concluded in a series of 3 hour movies…or better yet, continued in books or comics.

Here’s hoping.  Until then… [amazon_link id=”B000FL7C8C” target=”_blank” container=”” container_class=”” ]relive the magic of Carnivàle on DVD[/amazon_link] or watch the episodes on HBOGo.