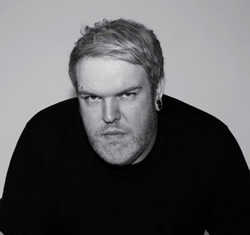 Although Game of Thrones season two won’t premiere until spring of 2012, filming is currently underway in beautiful northern Ireland.   Though the entire cast is understandably busy, we were able to catch up with the cast member who plays the over-sized, one-word-wonder, Hodor aka Kristian Narin.   Corresponding via email, we asked him if he would like to reach out to the fans and answer a few questions, and he was happy to oblige!   HBO Watch would like to thank Mr. Narin for his time and we hope you enjoy our conversation with the man who brought the laughable, lovable, Hodor to HBO’s silver screen!

HBO Watch: Your IMDb profile says you’re a full time, successful DJ, tell us about that!

Kristian: I’ve been DJing for nearly 12 years now. I’ve been lucky to have a really good residency here in Belfast as my mainstay, although I have also travelled all over doing it! Really it was an evolution I didnt expect all those years ago. I pretty much see my performing and musical career as one thing, that has somehow been morphing into something else over the years.

What is your relationship with the Song of Ice and Fire Series? Had you been a fan before Game of Thrones? Have you read all of the novels at this point or are you still working on them?

I am a big sci-fi/fantasy fan, but i haven’t been a big reader for a considerable amount of time, I just can’t get my brain to switch off! Happily during my formative years, i was seldom seen without a book in my hand. It was actually my mom who was a huge ASOIAF fan long before I ever had the audition, and who nearly had a coronary when I told her about the prospect of the part! I’ve since read the first book, and am just about through the second… and I can really see what all the fuss is about!! They are incredible. I’m probably going to keep just a little ahead of the show though.

Hodor had a nude scene in one of the later episodes of Game of Thrones. Were you prepared for that? What was your reaction when the director told you that you’d be appearing in the buff?

haha. I was prepared for it! In fact, it was mentioned, post successful audition, to make sure i wouldn’t have a problem with it. It’s not something I would have been over anxious to do.. but I liked the context of it, and I also love the fact that GoT really has brought people of all shapes and sizes onto the screen in a major way.

Hodor can only say his name (as far as we know). How do you bring life to your character and convey emotion the way that you do without using complete sentences?

When i was a kid, I had a number of issues with my hearing, which thankfully got sorted out… but i definitely learnt to be very expressive non verbally, and how to read people without necessarily hearing them properly. Before I took up DJing, I was also studying to be a sign language interpreter, and to be honest, that has been a HUGE help.

What was the audition like? Did you read for Hodor specifically?

I did read for Hodor specifically. I had read for a part in the film Hot Fuzz a good few years ago (which Rory McCann ended up getting) with the casting director Nina Gold, and thats where the call came from.. they had remembered me from that. I did a video audition, which i was very unprepared for.. which consisted of my carrying a random child around a garden, during a birthday party and lifting a mahogony table….?! I would, in hindsight, have liked to have done a better one… but I guess it did the job. haha.

Are there any entertaining ‘behind the scenes’ stories that you can share with us about Sean Bean or any of the other big names on set?

The cast are very seldom together at once, and if you don’t have a direct scene with them, chances are you mightn’t have had much time with them. There are a LOT of characters among the cast though, and there is definitely a bond among us. I literally love Isaac to death, and feel very protective of him… so thats helpful for the role too i guess haha. Art is great kid too, having a lot of fun getting to know the little guy this season

I do have a funny story from this season already involving Isaac, but I think i’ll save it!! lol.

Lastly, I know you’ve sworn a dark oath to HBO, George RR Martin, the New Gods as well as the Old, but is there anything you can tell us about Season Two that we might not already know?

If only you knew!!! HBO and George are in command of a particularly savage flock (or the term is unkindness i believe) of Ravens, who upon the mention of any information leak, are unleashed in the offenders direction. SO, with that in mind… I decline any comment

Thanks again, Kristian!  Can’t wait to see the new season of Game of Thrones next spring!  If you just can’t seem get enough Hodor in your life (and who can?!) you should consider sporting this official Hodor-themed wallpaper from HBO!  “Hodor?!” 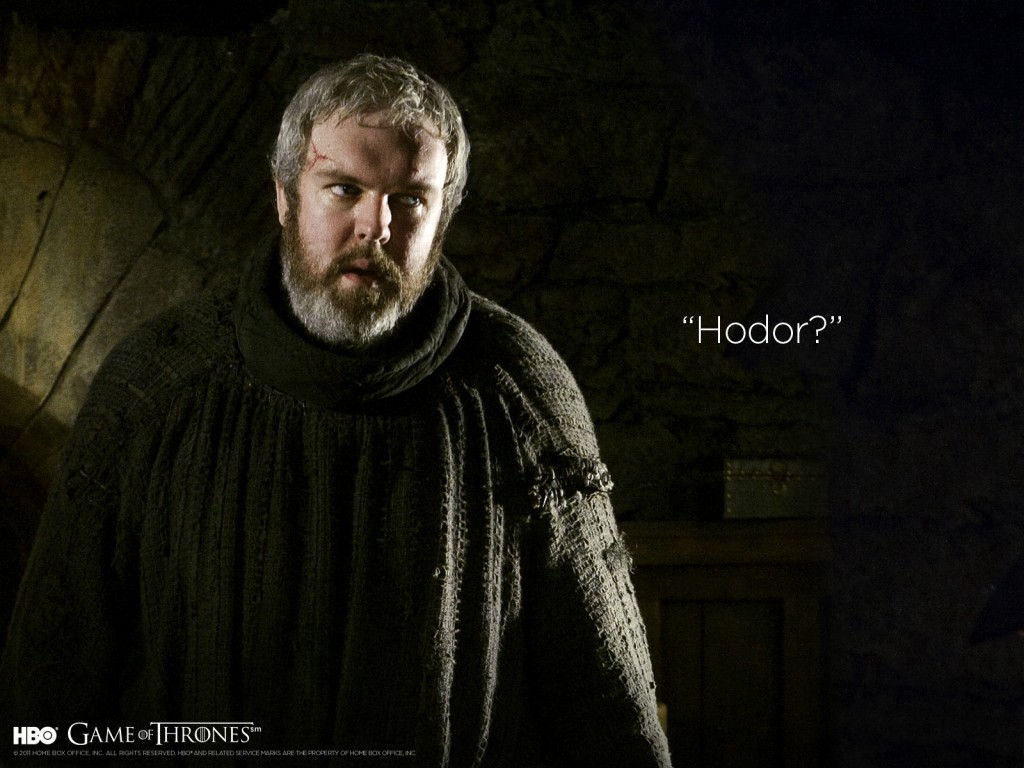