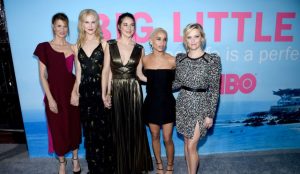 From the very moment that the limited series BIG LITTLE LIES aired there was hope from the critics and viewers alike that it could somehow continue. The cast and crew soon got to expressing hope for it too when the work garnered a total of eight(8) Emmys. Those honors included Best Actress nod to Nicole Kidman, Best Supporting honors to Alexander Skarsgard and Laura Dern, Best Directing (in that category) to Jean-Marc Vallée, as well as the Best Limited Series award. But despite all that hope and willingness, there was a big element missing. There was no story.

Only the original novel’s author Liane Moriarty was able to supply the content. There was no sequel book but Moriarty has finally come up with a viable plotline and that fact must have had a huge impact whether another season was going to happen. She has written a short novella that picked up the story and envisioned what would happen next with the main characters.

The continuation will run seven installments, just like its predecessor, and David E, Kelley will once again adapt Moriarty’s words into script pages. Most of 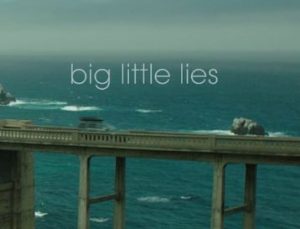 the original cast, including Reese Witherspoon, Kidman, Dern and Shailene Woodley and others are said to be on screen. Witherspoon, Kidman and Vallée will executive produce, but Vallée will not be directing. Andrea Arnold has been tapped to direct the second go-around as he is still behind the camera with SHARP OBJECTS coming in 2018. BIG LITTLE LIES 2 will begin production in the upcoming year and will keep you posted on its progress.

“I’m excited to announce the return of Big Little Lies,” said Casey Bloys, president, HBO programming. “David Kelley wrote beautiful scripts and Reese and Nicole were, once again, a force to be reckoned with, reuniting the cast and recruiting the talented Andrea Arnold to direct. We look forward to working with this amazing group of artists.”