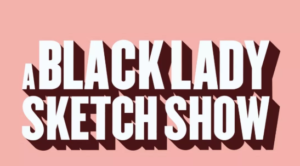 There is scant information here but a fun little trailer to show for a new comedy series to HBO.

The crazy little series is from creator/executive producer/writer/star, Robin Thede with executive producer, Issa Rae (INSECURE) for Issa Rae Productions alongside. Robin Thede is a prolific comic writer and has accumulated an actor’s bio as well. Take a look at what these funny ladies are going to throw at us.

There seems to be quite a buzz about this show already if you look around. Hell, I’m a WASP and even I know that some of the funniest beings on the planet are black chicks. And a lot of others think so also; proof is in the number of guests showing up. The video points them out but did you catch Issa Rae, Laverne Cox, Angela Bassett, Tia Mowry, Aja Naomi King, Lena Waithe, Patti LaBelle, Amber Riley, Yvonne Orji, Loretta Divine, Gina Torres, David Alan Grier, Jermaine Fowler, Lil Rel Howery, Edon Cole, Marsai Martin, Natasha Rothwell, Khandi Alexander, Larry Wilmore, Yvette Nicole Brown and Kelly Rowland in there? Further proof will be in the pudding, as they say. So, you going to get with it Friday nights starting in August?