We’re halfway through the premiere season of A Black Lady Sketch Show. The series continues to expand upon a few sketches while blending in new sketches along the way. By now, the show feels like a healthy mix of social commentary and comedy. Some sketches shoot to have laugh out loud moments, while other’s make you lean back and take a reflective sigh.

Here were my top three sketches of the week.

Keeping with the theme of fuck boys getting more chances than they deserve, the opening sketch brought me pure joy. Take your time here folks, it’s really good! Asia Naomi Campbell (played Ashley Nicole Black) finds herself being proposed to by a viral flash mob after three months of dating Dwayne. Filled with hilarious commentary about father abandonment, poor decision/credit making, and adjusting standards to satisfy the appeal of marriage, (to name a few), the writers really shined here. I think this scene is best summed up by her best friend Tiffany, played by Quinta Brunson. “It’s what you want,” and hey, after all, that’s what matters right? Probably not. This scene charges every free-thinking person who has a check box of things they want to understand the context at which they receive them. It’s good to have it all, but is it even worth if it the guy is trash? And if he’s trash, and you know it, why do you even stay? The reality is, Asia Naomi Campbell knew he wasn’t good for her, yet she stayed. She said no if you’re wondering :). 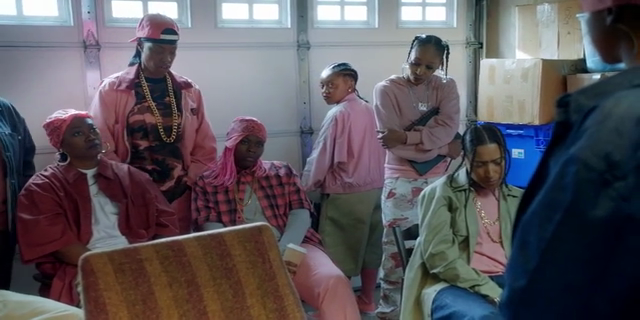 This sketch tackles workplace culture in a gang setting. With Executive Producer Issa Rae making an appearance, the progressiveness of this gang is simply amazing. The ideas of gang’s evolving to a point where they have satellite corners, work from home options, and a tele-bang policy is honestly so appealing that it makes sense that this would be a spoof of a monster commercial. How great would it be to have a six-month parental leave policy, absent the cis-normative agenda? Apparently, these bangers are ready to compete with the best on the scene in order to hire top talent.

As a man reared in the Southern Baptist church, this scene took the cake. Using the open forum of testimonial time where people make the moment about them and not the beauty of God working in their life—my, my, my; simply amazing. From Robin Thede using the space as a comedian, to Gabrielle Dennis using it as a marketing research opportunity (because how blessed is it to be employed) and Vanessa Bell Calloway (Coming to America) asking for the people to pray for a daughter who needs a man. Genius! Rooted in what seems like genuine prayers, skewed by personal motivations, I totally understand why this sketch was needed and why it worked. I’m ready for round two, please!

Alright, Robin and team, I’m all in and excited to see what the final half of the season has in store. No word on if the series has been renewed, but if you’re a 227 fan, check out their take on a reboot: