This weeks episode sees the introduction of one of the more interesting secondary characters so far in realtor Seema (Sarita Choudhury) who’s very nature is to be excessive, flamboyant and a little bit feisty. Not only does she manage to put Carrie in her place for once, but she also gets her smoking again. However entertaining Seema was though, the episode was overshadowed by Charlottes increasingly tiresome efforts to become more ‘woke’ leaving Miranda a little to the by line, despite having a really interesting turn in last weeks episode. 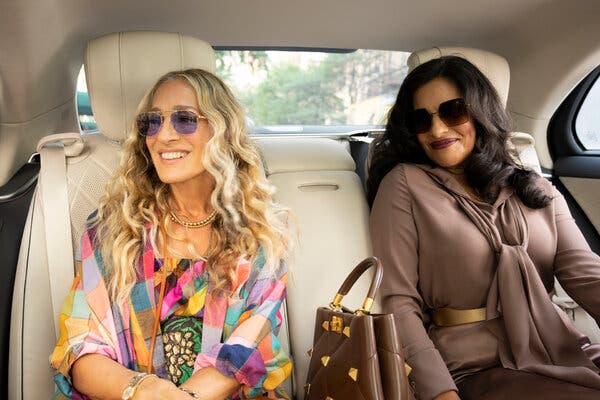 After Carrie found her way back to her old apartment, we are hit in the face with some really comforting nostalgia. Her coffee maker, her white dress from the first movie, her closet, her shoe boxes, her vibrant apartment. It’s all still there, thankfully because Stanford has been using it while she hasn’t. Unsurprisingly, she is selling her apartment she owned with Big, hence the introduction of Seema who manages to fully compliment her beautiful home and interior decorating skills but also declare that its all ‘got to go’. Seema, an older woman who is never married, never with children, clearly lives a very luxurious and opulent lifestyle. Carrie, immediately drawn to her, strikes up a bond and sneaks into her world for a little bit. The topic of children comes up once more when Miranda has lunch with her college professor, Dr Nya Wallace (Karen Pittman), who confides in her that she has been trying to conceive a child. Miranda, remembering the hell that Charlotte went through, offers a comforting ear for Nya as she confesses to having no idea if she even wants kids, but thinks she will regret it if she doesn’t. Miranda, in all her worldly, chardonnay-powered wisdom basically does the best thing for her, offers an honest response about motherhood. It’s love hate. It’s ups and downs. It’s great days and terrible days. While it may not have been the advice she was looking for her, it certainly solidifies her as a probably really good friend choice. 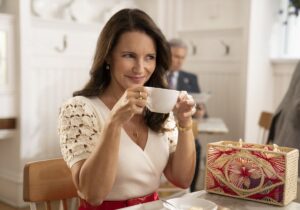 The issues in the episode came with Charlotte, who I don’t know if she is purposefully being 100 times more Charlotte than normal or if Kirsten Davis is losing touch with her character, but she needs to chill. Her insufferable desperation to be always ‘doing the right’ is actually a detriment to her and her marriage. She wants black friends to prove she has a diverse friendship group and will invite a black women she doesn’t even like to a dinner party just so she doesn’t seem like the doesn’t have any black friends (which she doesn’t) just doesn’t feel like Charlotte. Rather than accepting she perhaps hasn’t mixed with people of different background to her white, upper middle class haven, she just seems hellbent on proving to the world that she isn’t racist. The moment when she mistakes the wrong the lady at the dinner party for another black lady she knows is ground-swallowingly painful. She isn’t racist, but she also isn’t not. She’s the one who is trying way too hard. She manages to pull it back though by stunning the party guests with her exceptional knowledge of contemporary artists. It’s difficulty to know what the message is here, Sex and the City has always been a predominantly white show with its all white main cast members and sure, there is and attempt at rectification here in that all the secondary characters so far have been people of colour, but is the Charlotte thing another part of that self awareness of lack of diversity in the past? It’s kind of odd and really painful to watch, it will be interesting to see where it goes from here.

This episode also addressed the death of Willie Garson who’s passing happened during production. With nothing but a couple of notes saying that he was divorcing Anthony and moving to Tokyo to represent an upcoming TikTok star, his absence from the show is hardly made into a thing. Rather than killing him off, they’ve done a Samantha and moved him to the other side of the world to keep referring to, receive messages from and pretend like they’re still a part of the story. It’s a nice way to do it, it isn’t as final as death, it lets us believe that he really is in a better place. 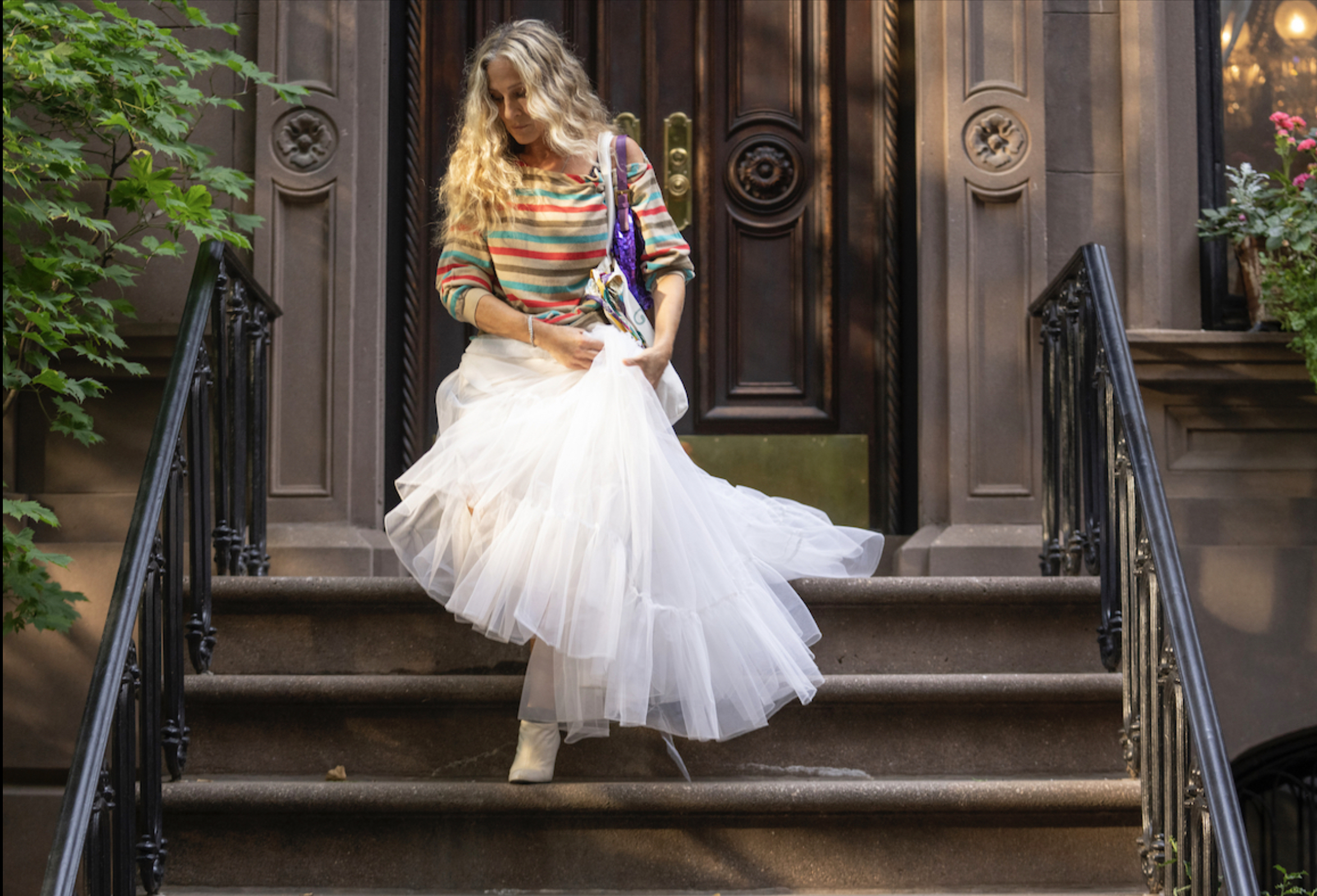 Carrie, who’s stoicism around Bigs death, now has a new single friend. A friend not tied down by birthday parties or couples dinners, instead a friend who is quite exciting and bold. Charlotte continues to paw at the feet of Lisa Todd Wexley (Nicole Ari Parker), Miranda is opening her world up to new things while still managing to maintain her cool, intelligent, sassy demeanour we have come to know and love. Our girls are in interesting places, what’s next for them?