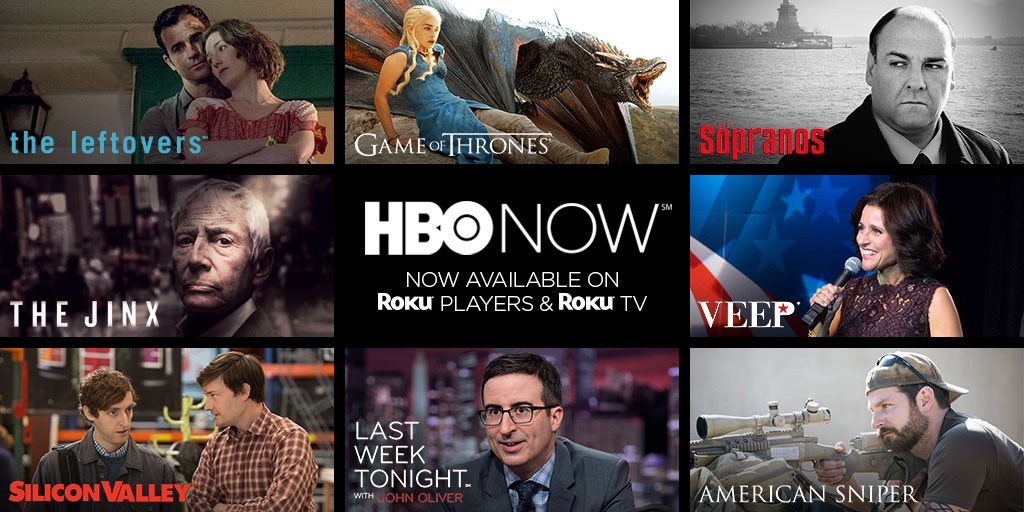 Are you a cord cutter? You’ve probably been waiting for this day. Roku is now supporting HBO Now! Is that too many “Nows” in the same sentence? Turn on your Roku and get to downloading this app because it will be the best thing on your little box.

Roku, Inc. today announced that HBO’s internet only premium streaming service, HBO NOW, is available on the Roku platform. Roku customers in the U.S. can now visit the Roku Channel Store to add the HBO NOW streaming channel to their Roku players (including the newly announced Roku 4) and Roku TV™ models. Roku customers can purchase a subscription directly within the HBO NOW channel on their Roku device, which will also enable them to access the service at HBONOW.com and on other HBO NOW enabled devices. HBO NOW is available for $14.99 per month with an available 30-day free trial offer.

With HBO NOW, Roku customers can instantly watch all of HBO on Roku players and Roku TV models —addictive series, unforgettable movies, thought-provoking documentaries, thrilling sports programs and entertaining comedy and music specials –all you need is the internet.

“HBO NOW is a hit with consumers and we’re thrilled to make it available to millions of Roku customers,” said Jeff Dallesandro, Senior Vice President, Worldwide Digital Distribution and Business Development, HBO. “Bringing our programming to consumers through HBO NOW is a natural evolution for HBO, and partnering with a streaming leader such as Roku greatly extends the reach of our service as we usher in this next phase of innovation for our network.”

“We applaud HBO for breaking the mold to deliver a fantastic standalone streaming service for consumers,” said Steve Shannon, general manager of Content and Services at Roku. “The combination of the Roku platform and HBO NOW signifies a new era of streaming for our customers because they now have instant access to HBO and its incredible selection of entertainment, even without a traditional pay TV subscription.”

HBO NOW is HBO’s new stand-alone premium streaming service that provides instant access to all of HBO—including envelope-pushing series like Game of Thrones, Silicon Valley, True Detective,  BallersSM, Veep, and Last Week Tonight With John OliverSM as well as other current uncensored programming like Girls, VICE, The Leftovers, The Jinx and Going Clear.  HBO NOW also features every episode of every season of HBO classics worth seeing again like The Sopranos, Sex and the City, True Blood, The Wire and Deadwood.  In addition, HBO NOW subscribers will have instant access to the most top box office, must-see films like American Sniper, Birdman, Wild, Exodus: Gods and Kings, Unbroken, Theory of Everything and Dumb and Dumber To. To subscribe to the streaming service, HBO NOW, consumers only need the internet.