Now we are primed for the final battle over the 30th Coin to begin. The final player, Father Angelo, has moved into the arena and it is going to be intense. 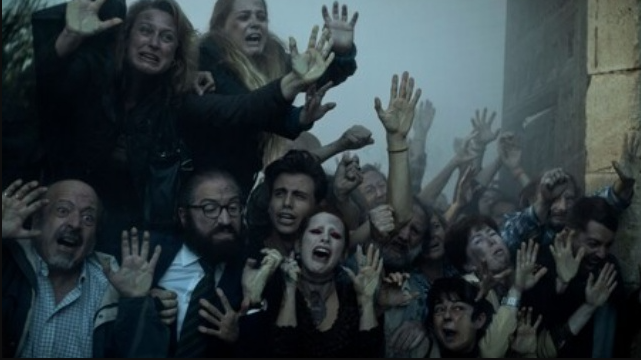 At first, I was not sure what the ‘glass box’ of the title referred to. I thought perhaps it was a device or perhaps a coffin to detain either Father Vergara or Elena or, at the very least, the final resting place for the coveted Coin perchance. I was wrong on all counts. Father Angel (Cosimo Fusco) becomes very much in control of Pedraza by entombing the whole town in a foggy shroud. No one can exit the city limits and the town is trapped and at Arturo’s mercy. But that is not enough to draw out the Coin.

The big fight you think will ensue also does not play out as you’d think. The big showdown is when Elena has is out with Merche. Father Angel has easily manipulated Merche to do his bidding which includes slipping a cursed item into Paco’s clothes. Paco was on the outs anyway because he lost all interests once he thought Elena had moved on with Roche. He didn’t want to rerun for mayor and he didn’t want Merche. Elena & Merche had a good brawl over it all which 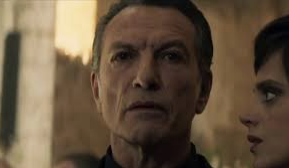 resulted in Merche obtaining the Coin. The last sacred Coin ends up in the hands of Father Angel.

Gasp! There are a lot of interesting little moments in the story. The new padre’s arrival and easy acceptance into the town, the plight of the trapped townsfolk, Merche & the old witch doing Angel’s bidding. It all plays out so well and Vergara is nowhere to be found to save them. It is all capped by the big catfight; one that you wondered would come into play at some point, but never quite like this.

Now, Father Angel has the Coin. But we have also observed that Father Vergara has returned to Pedraza and quickly deduces that danger is afoot. We see him loading up his arsenal of weapons out to vanquish whatever foe faces him. It comes down to this. We await the final battle – but it is entitled “Sacrifices” so, can it turn out well?