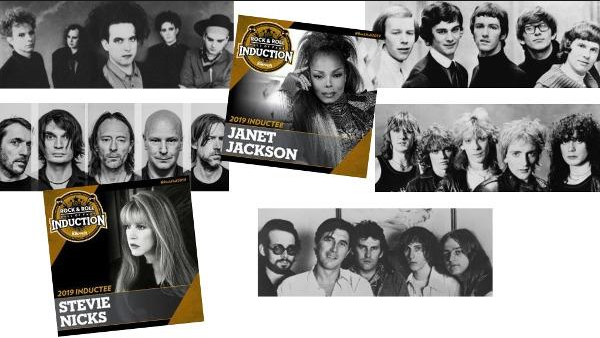 I always enjoy these events for the most part because I always like to rock hard with the best of them. You too can get into it via HBONow/Go and HBO On Demand. This year’s event, however, seemed a bit lackluster. The 34th annual induction, though only the 5th televised by HBO, went through the usual format but just didn’t hold much punch and it wasn’t because of the Inductees (pictured above) chosen for the distinction either. Here is a listing of the honored and their Inductors:

And therein lies lackluster point # 1. To me, the speeches given by the presenters went by uneventfully. They tried to capture the essence of the honorees; Styles and Monae seemed to fare the best at it. And while I am on that line of thought allow me to point out the other faults of this ceremony. Not everyone performs at these events for one reason or another. The point of inducting them is because of their musical contribution and point # 2 is just that – not enough performances.

Janet Jackson and Radiohead both did not perform at the ceremony. Again, there are reasons for that but it still makes it disappointing. Janet, Ms. Jackson if you’re nasty, supposedly did not perform because of HBO’s airing of the Michael Jackson damning LEAVING NEVERLAND documentary. Now the internet is plastered with that fact, but I never saw an actual quote or sound bite that was the case. At any rate, a good set with her was denied weakening the event (which was her intent I guess) and as for Radiohead, they were just indifferent to the whole thing but did manage to make an appearance. Well, two out of the five did – Ed O’Brien and Phil Selway, so their meager presence did not warrant any music.

Which leads to point # 3 which is NOT a fault of the performers at all; they can’t help that they are up in years. By the time these performers are inducted their voices are not what they used to be. I noticed that last year when Bon Jovi’s Jon, just couldn’t wail like he used to do. Again, it isn’t them as much as it is us. We remember when we saw them in concert in their heyday or how they sounded on the studio album that played over and over on your device or in your head and 25 years later or more, it just doesn’t sound as you remember them. that can surprise you at times and unfairly tarnish your enjoyment of the event.

So, lastly here is what we did get to hear during the Induction Ceremony:

— Stevie Nicks performed “Stand Back,” “Leather and Lace” (with Don Henley, “Stop Draggin’ My Heart Around” (with Styles) and “Edge of Seventeen”
— The Cure had its turn with “Shake Dog Shake,” “Lovesong,” “Just Like Heaven” and “Boys Don’t Cry” (“A Forest” was edited out of HBO’s program)
— Roxy Music gave us “Out of the Blue,” “Avalon,” and “Editions of You” (“Love is the Drug/More Than This” and “In Every Dream a Heartache” were edited out)
— The Zombies offered “Time of the Season,” “Tell Her No” and “She’s Not There” (“This Will Be Our Year” edited out)
— “Rock of Ages,” “Photograph” and “Pour Some Sugar on Me” were served up by Del Leppard (“Hysteria” edited out of HBO’s program).
It all concluded with Mott the Hoople’s “All the Young Dudes” All-Star-Jam style.

My takeaway in the end – Stevie Nicks sounded the best; cool to hear The Cure again; disappointed that Janet Jackson didn’t do something or Janelle Monae on her behalf; glad to be reminded that Roxy Music existed; someone could have offered up a  Radiohead tribute; I never tire of “Time Of The Season” (showing my age) and Def Leppard don’t quite sound as you remember them but the song set is still infectious. So, for another year I say – LONG LIVE ROCK AND ROLL! 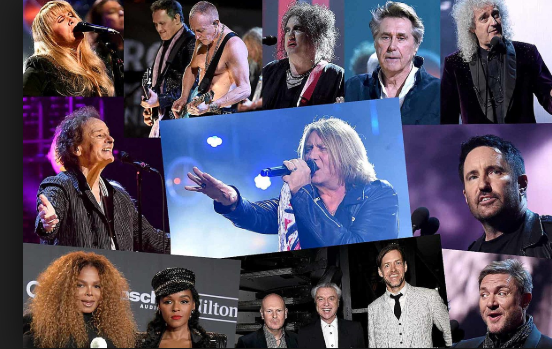